You knew it was coming, you’ve been patiently waiting, and finally The Black Album reissue is here! Remastered for ultimate sound quality, multiple formats will be hitting the physical and digital universe on September 10, 2021, and are available for pre-order now.

Can you believe it’s been almost thirty years since its original release? Neither can we! Then off we went to hit the road for a massive 300+ show tour, and the ‘Tallica experience went to a whole new level. To celebrate this milestone, we had to go all out with a wide variety of configurations for all your listening pleasure, including 180-gram double vinyl LP, standard CD and 3CD expanded edition, and digital (including high-def versions). 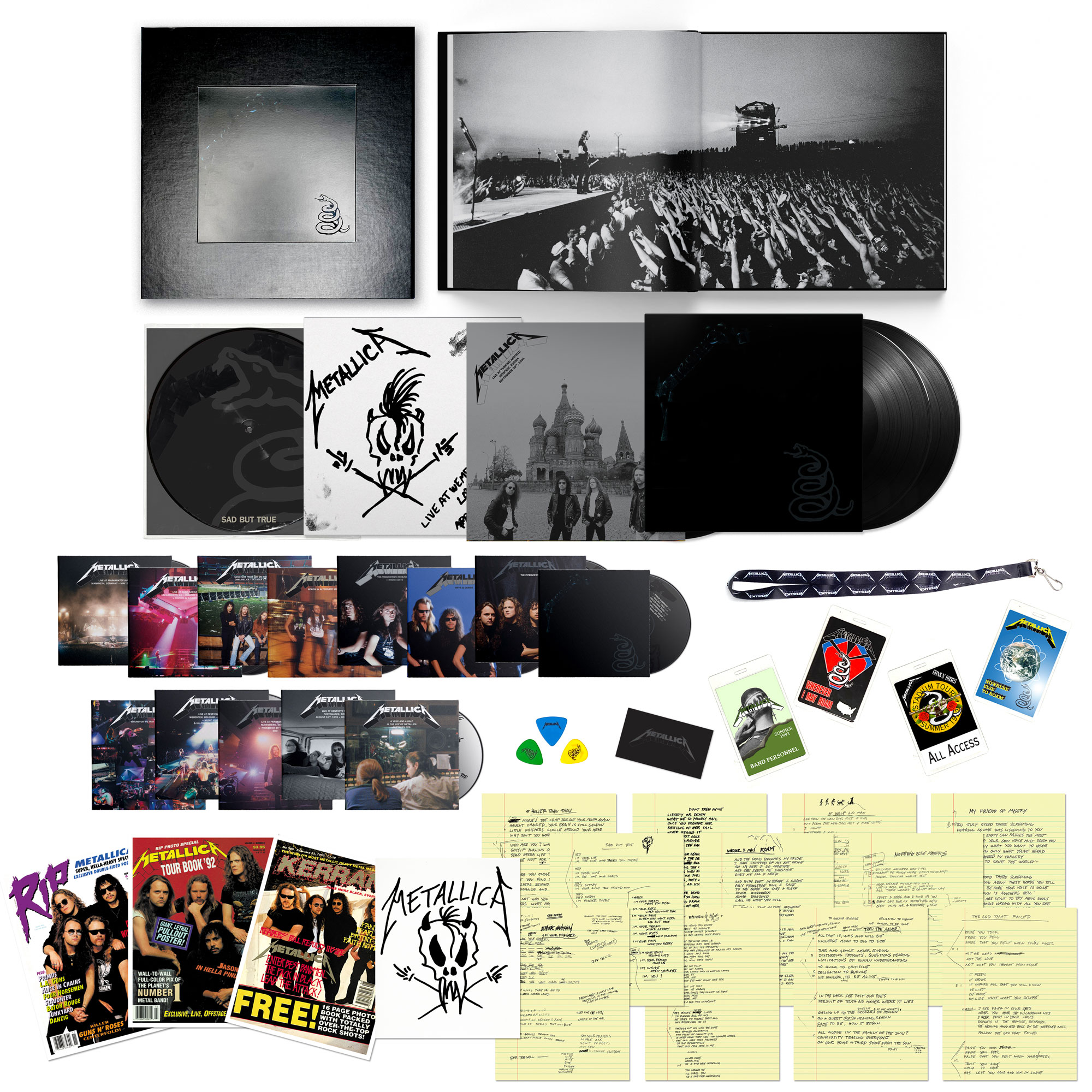 But wait… of course there’s more! In addition to the reissue of The Black Album, we’re also pretty pumped about the release of The Metallica Blacklist which features an unprecedented 50+ artists spanning an unbelievably vast range of genres, generations, continents, and more, each contributing a unique interpretation of their favorite Black Album cut. Read more, watch the trailer, and pre-order The Metallica Blacklist.

Everyone who pre-orders any configuration of either release will receive digital instant grats delivered right to your inbox throughout the summer. Keep watching this site and our socials for lots of video and audio previews as well as all kinds of other Black Album related activities… it’s definitely going to be one black summer!