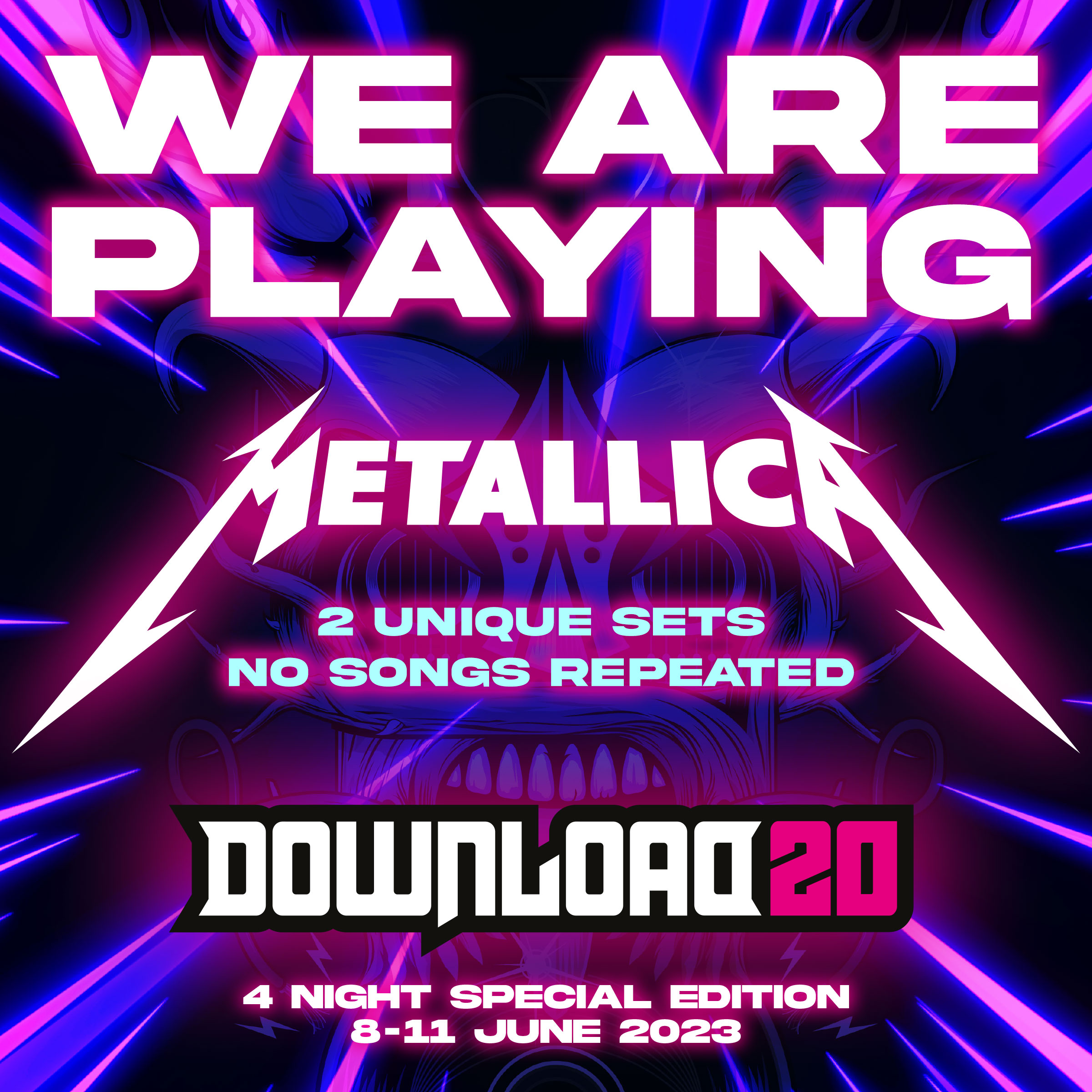 Open up the summer calendar as we’re super excited to announce that we’ll be celebrating the Download Festival’s 20th anniversary with not one, but two headline nights on June 8 and 10, 2023! It's been over a decade since we hit the stage in Donington Park, so we’ll be making up for lost time with two unique and completely different set lists with no repeat songs whatsoever that weekend.

This year’s festival will take place over four days and we’re lucky enough to start the party on night one, June 8th. Hitting the stage as headliners the other two nights are Slipknot and Bring Me The Horizon. The long weekend will be jam-packed including Evanescence, Parkway Drive, Disturbed, Pendulum, Architects, Ghost, The Distillers, Placebo, Alexisonfire, Asking Alexandria, Motionless In White, I Prevail, The Blackout (reunion), Fever 333, Stray From The Path, Lorna Shore, Nova Twins and Municipal Waste, with many more still to be announced.

Fifth Members may purchase tickets now. General tickets are on-sale at 10:00am on Thursday, November 10th at downloadfestival.co.uk.