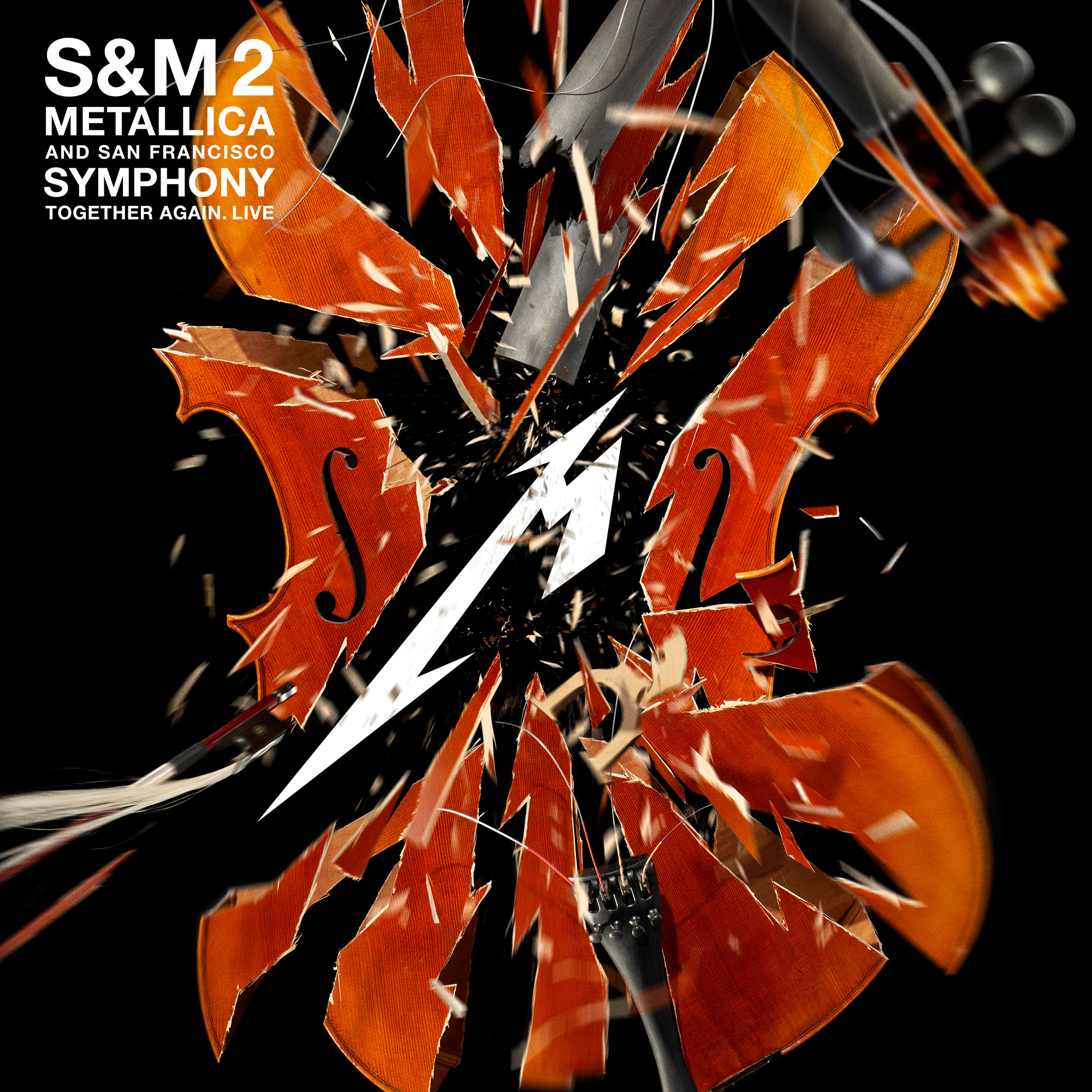 In September of 2019, we were on stage for two incredible nights with the San Francisco Symphony commemorating the opening of the new Chase Center here in our backyard as well as the 20th anniversary of the first S&M. Celebrating with fans from all around the world (almost 70 countries represented!) and sharing the stage with our hometown symphony, its legendary Music Director Michael Tilson Thomas, and conductor Edwin Outwater, was beyond inspiring and a major highlight in our crazy, cool time as a band. Now we can all relive those two special nights as both video and audio versions of the shows are available for pre-order now, hitting stores on August 28.

S&M2, is coming your way in a number of formats, ranging from standard 4LP vinyl, collectible colored vinyl, 2CD, DVD, Blu-ray, and Deluxe Box set, all the way up to the Fifth Member™ exclusive Super Deluxe Box, limited to 500 copies (which members can enter to reserve), each featuring original sheet music used in the show and signed by all four band members. Including the first-ever symphonic renditions of songs written and released since those first S&M shows, the album was produced by Greg Fidelman with Hetfield & Ulrich.

“So why did this take almost 12 months to release?” The concert film is a brand-new edit done by Joe Hutshing (Through The Never) and both the audio and visuals have been taken to the next level from the October 2019 theatrical version that played in over 3,700 cinemas worldwide. Originally planned for a mid-June release, unfortunately pressing plants and printers closed due to COVID-19 just as we were getting ready to manufacture the various configurations. We’re excited that we’re back on track, everything’s in motion, and we can finally get the music to you.

Fifth Members™ should login for a 20% discount and all pre-orders will receive MP3 downloads of the S&M2 versions of “All Within My Hands” and “Nothing Else Matters.”