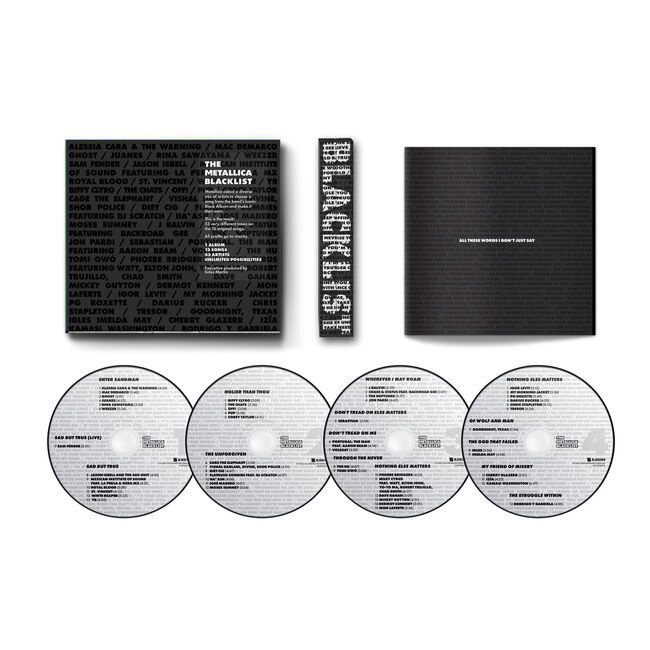 The four CDs will be housed in 10-panel digipak with a booklet. Artwork by David Turner.