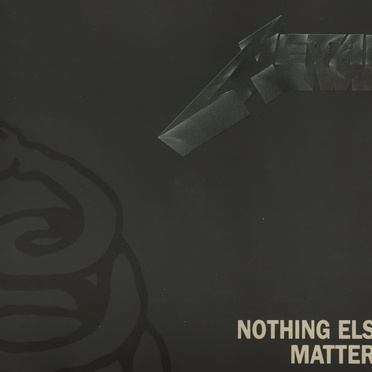 NOTHING ELSE MATTERS
Producer: Bob Rock with Hetfield & Ulrich
Engineer: Randy Staub
Orchestration arranged by Michael Kamen
Recorded at One on One, Los Angeles, CA from October 1990 to June of 1991

HARVESTER OF SORROW (LIVE)
Recorded live on September 11, 1991 at the Liebenau in Graz, Austria

"Take a listen to this glorious performance in front of 23,000 people before you begin to think everything is too easy. We usually make the odd mistake here and there individually, but in Graz we hit a new high (or low): This is a song we had played about 275 times before and we just wanted to share this version with all of you. It's off one of those famous soundboard tapes bands record to review their performance - We left out an entire major part of the song... you figure it out!!!"

NOTHING ELSE MATTERS (DEMO)
Obviously Not Produced
Recorded by James & Lars on August 13, 1990 in Lars' basement

"Just like all of our prvious demos, this was recorded by Lars and James and, of all the demos we did, this is probably the closest the demo ended up being to the final album version in terms of arrangement and overall 'togetherness' (minus a 40-piece orchestra)."