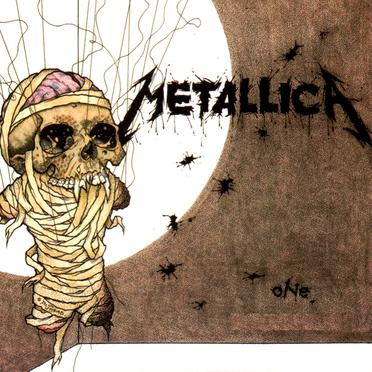 THE PRINCE and BREADFAN
Not produced
Engineered by Mike Clink and Toby "Rage" Wright
Rough mix by Flemming Rasmussen
Recorded & Mixed at One on One, Los Angeles, CA in 1988
"We later attempted to mix these songs properly, but somehow the energy and feel got lost along the way. So here they are in its rawest form."

FOR WHOM THE BELL TOLLS (LIVE), WELCOME HOME (SANITARIUM) (LIVE), SEEK & DESTROY (LIVE) and CREEPING DEATH (LIVE)
Recorded live on February 5, 1989 at the Reunion Arena in Dallas, TX
Mixed by Patrice Levinsohn and Hetfield and Ulrich

ONE (DEMO)
Obviously Not Produced

"This is the original demo of 'One' that we recorded on James' 4-track right after we wrote the song around the second week of November '87. It's basically just guitars, drums, and vocals with Kirk coming in and laying down the last solo after he'd only heard the song the day before, and since there were only four tracks, there's no bass."