For Those About To Rock 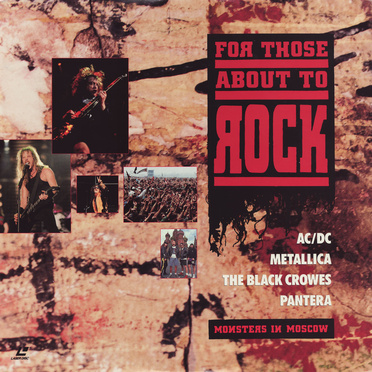 What do you give the youth of Moscow for standing down the coup and ending the reign of Communism in Russia?

With exclusive live performances and behind-the-scenes footage, FOR THOSE ABOUT TO ROCK caputres five heavy metal bands and 500,000 fans in a historic celebration of freedom at a concert that almost didn't happen.

In addition to the three performances from Metallica, there are also performances from AC/DC, Pantera, E.S.T., and The Black Crowes. For Those About To Rock was released on VHS, Laser Disc, and briefly re-issued in Europe on DVD.

All songs recorded live on September 28, 1991 at Tushino Airfield in Moscow, Russia.