This was the first time in 10 years that Metallica performed in Fresno.

This was the sixth time that Metallica played in Fresno.

Metallica first played in Fresno on December 14, 1988 at Selland Arena during the Damaged Justice tour.

Metallica’s last performance in Fresno was on December 13, 2008 at Save Mart Center during the World Magnetic tour.

This was the first time that “Hardwired,” “Atlas, Rise!,” “Ride the Lightning,” “Now That We’re Dead,” “Hit the Lights,” “Moth Into Flame” and “Spit Out the Bone” were performed in Fresno.

Believe it or not, this was the first time in 22 years that “For Whom the Bell Tolls” and “Fade to Black” were played in Fresno. They were last performed here on December 19, 1996 during the Poor Touring Me tour.

This was only the second time that “Ride the Lightning” was performed in 2018 and only sixth performance of the song since the beginning of the WorldWired tour in 2016. 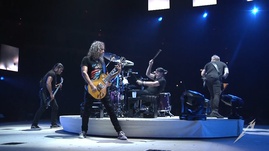 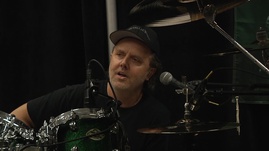 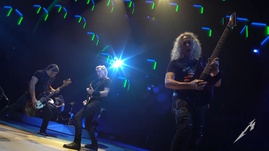