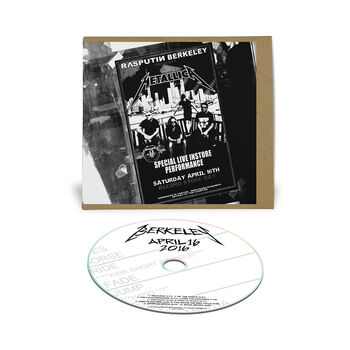 To celebrate Record Store Day, Metallica invited members of their Fan Club and some old friends from back in the day to Rasputin Music for a little gig.

This was the first time in 17 years that Metallica performed in Berkeley. They last played here on April 21 & 22, 1999 while they recorded S&M with the San Francisco Symphony Orchestra.

Metallica first played Berkeley on September 2, 1983 at the Keystone Berkeley at the tail end of the Kill 'Em All for One tour.

This was the first time in nearly four years that "Helpless" was played. It was last performed on August 2, 2012 in Mexico City.

This was the first time in over a year that "Hit the Lights" was performed. It was last played on February 9, 2015 at a private party in San Francisco, CA.

Metallica last played "The Four Horsemen" on August 9, 2014 at the Heavy Montreal festival.

"Jump in the Fire" was last played nearly three years ago on June 8, 2013 during the secret dehaan set at Orion Music + More in Detroit, MI. 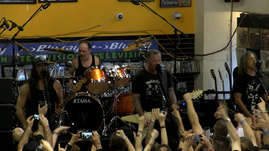 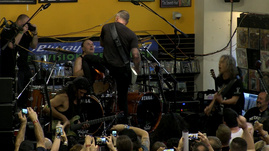 For Whom the Bell Tolls (Live on Record Store Day 2016) 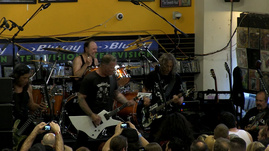