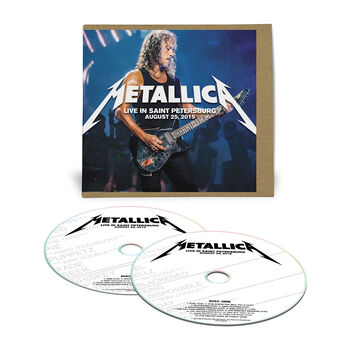 SHOW NOTES
This was only the second time that we had played in Saint Petersburg, Russia. We first performed here on July 18, 2008.

Half of the songs on the 18-song setlist were performed in Saint Petersburg for the first time: "Fuel," "Blackened," "King Nothing," "Disposable Heroes," "The Day That Never Comes," "The Memory Remains," "Turn the Page," "The Frayed Ends of Sanity" and "Whiskey in the Jar."