SHOW NOTES
This was the final 30th Anniversary celebration gig at The Fillmore in San Francisco.

This was only the third time that the full version of Orion was played in the US.

This was the second time that Through the Never was played in the US since 1993.

After 1987, Ride the Lightning was not performed again for 16 years. It was brought back into the setlist on May 18, 2003 at The Fillmore.

The God That Failed was last played in Northern California on November 28, 2004. This was only the sixth performance of the song since that date.

Did you know that Welcome Home (Sanitarium) has been played over 850 times?

The bride and groom who had a viral YouTube hit with their wedding performance of Master of Puppets joined the band on Blackened.

Bob Rock joined the band for a pair of tunes off of St. Anger.

This was the first time in seven years that Dirty Window was played live. It was last performed on November 20, 2004.

This was the first time in three years that Frantic was played live. It was last performed on October 21, 2008.

Geezer Butler from Black Sabbath joined the boys for a cover of Sabbra Cadabra. This was the first time in 13 years that Sabbra Cadabra was performed live.

This was the first time in 11 years that Jason Newsted performed King Nothing with Metallica. He last played the song on August 9, 2000 in Lexington, KY.

Jason Newsted last played Whiplash with Metallica on July 20, 2000 in East Rutherford, NJ. He took over lead vocals on this performance at The Fillmore.

Hugh Tanner, who was in a number of bands with James during high school and the reason James and Lars met, joined the band for Motorbreath.

For the first time in 28 years, Dave Mustaine joined Metallica on stage to play songs that they had wrote together back in the day.

Jump in the Fire was last played with Dave Mustaine on April 9, 1983 in Brooklyn, NY. That show happened to be Dave's last performance with Metallica.

March 5, 1983 - which happened to be Cliff Burton's first show with Metallica - was the last time that Dave Mustaine played Metal Militia with the boys. 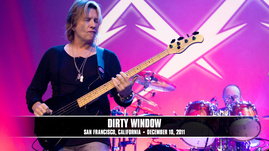 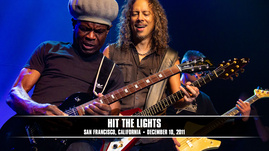 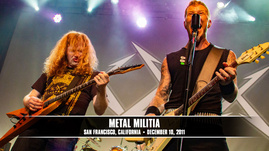