This was the second time that The Big 4 in the US.

This was the first time that Metallica played at Yankee Stadium.

This was the first time in almost two years that Metallica played in New York City. The last time they were here, they played a pair of shows at Madison Square Garden on November 14 and November 15.

Robert Trujillo played Jaco Pastorius' famous "Bass of Doom" during For Whom the Bell Tolls.

This was the the first time in eight years that Ride the Lightning was played in New York City. It was last played here on August 29, 2003 at the Bowery Ballroom.

This was the second time that the full version of Orion had been played in the US.

Metallica brought out members of all the bands for a jam on Motörhead's Overkill. For the first time, each drummer got a chance to sit at the drum kit. Lars played the bulk of the song before handing the sticks over to Shawn Drover, Dave Lombardo, and Charlie Benante (in that order). 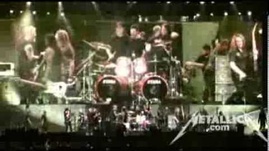 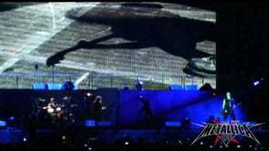