SHOW NOTES
This was the 119th show on the World Magnetic Tour and the 93rd performance in 2009.

This was the 5th time that Metallica played San Jose.

Metallica last played in San Jose on November 28, 2004 at the hp Pavilion during the Madly in Anger With the World Tour. You can download a copy of that show here.

Metallica first played San Jose on June 4, 1996 in the parking lot of Tower Records to celebrate the release of Load.

This was the seventh time that Ride the Lightning was played on this leg of the North American Tour and the 17th time it has been played in 2009.

This was the fourth time that Harvester of Sorrow was played since this leg began in Nashville back in September. It was last played on October 15, 2009 in Cleveland, OH.

This was only the fourth US performance of My Apocalypse.

This was the second time that the band covered Diamond Head’s Helpless in the US in 2009. It was last played on November 14, 2009 at Madison Square Garden. 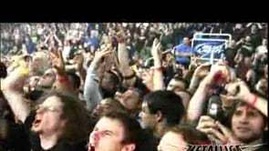