This was the 18th time that Metallica performed in Copenhagen and was also the last show in a five night run in the city.

Even though they’ve been walking out to a tape of Ecstasy of Gold since 1983, this is the first time that they have ever performed the Ennio Morricone piece as a band. They originally released their cover of Ecstasy on a tribute album entitled We All Love Ennio Morricone. And yes… that is James playing the guitar solo.

This was the first time in ten years that The Thing That Should Not Be was performed in Denmark. It was last performed in the country on July 1, 1999 at the Roskilde Festival.

This was the first time in 12 years that Of Wolf & Man was peformed in Denmark. It was last played here on November 17, 1997.

The Ecstasy of Gold (Live) [Fan Can VI] 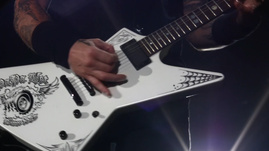 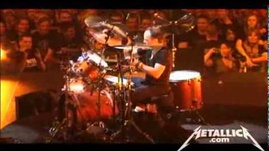