This is the first time that Metallica has been to Madrid in five years. The last time was on June 22, 2003. They have, however, played Spain in 2004 and 2007 in Zaragoza and Bilbao, respectively.

This was the first time that Devil's Dance has been played in Spain.

The last time that Bleeding Me was performed in Madrid was on July 15, 1999 at Festinad. They also played it three days later in Vigo, Spain.

This was the 13th performance of Whiplash in Spain. The first time it was performed in Spain was on January 17, 1987 in Barcelona. 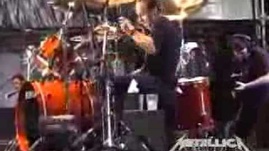