OTHER ACTS
Scars on Broadway

SHOW NOTES
This was the first time Metallica played the Wiltern Theatre in Los Angeles. The show was a benefit concert for the Silverlake Conservatory of Music and all profits from the sale of this recording will be donated to the school.

Flea, from the Red Hot Chili Peppers, and the reason for this whole concert (he co-founded the Silverlake Conservatory of Music), performed his favorite Metallica song with the band. He performed Fight Fire With Fire, which was last played on November 17, 2004 in Dallas, TX.

The last time Metallica played in Southern California was on November 27, 2004 at Arrowhead Pond in Anaheim, CA.

This was the first time No Remorse had been performed since playing in Quebec City on October 14, 2004. 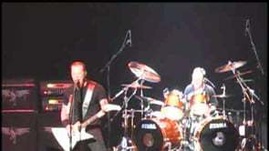