TOUR NAME
Escape from the Studio '06

OTHER ACTS
Reamonn, The Darkness, Bullet for My Valentine, Avenged Sevenfold, Trivium

SHOW NOTES
This is the first time The God That Failed has ever been played in Germany and only the third time it has been performed in Europe. The last time it was played in Europe was on August 26, 1995 (Donington ’95).

This is the first time The Unforgiven has been played in Europe since July 4, 1993 (Werchter, Belgium).

This is the second time Metallica has ever performed the entire Master of Puppets album . . . the first being yesterday, June 3, 2006. 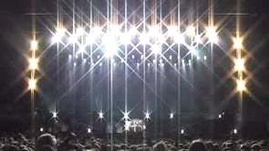